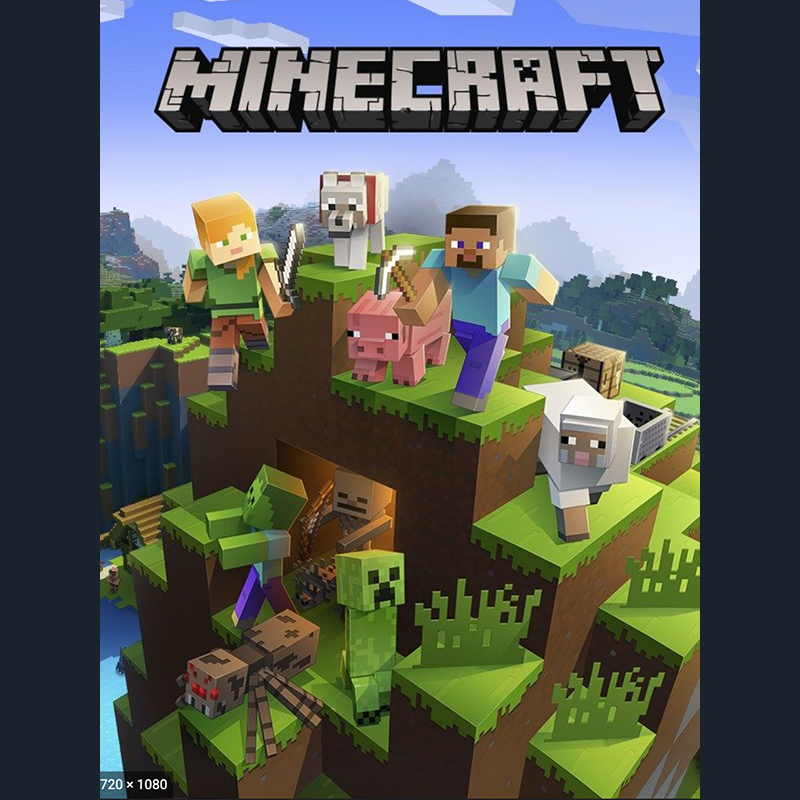 The premise of the game is laughably simple: you arrive in the game with nothing more than your hands and a limited inventory. You mine to gather materials which you then use to make tools and build houses and other buildings.

Resources range from the very common to the super rare, and often the rarest and most valuable commodities are the hardest to reach, requiring deep mining and even the building of reinforced tunnels to keep flood water or rock falls from setting you back.

There is no story arc, as such: it is entirely up to you as to what you want to achieve. You can build cities, or a rural mansion, you can farm sheep or go fishing. The game is exactly what you and your imagination want it to be.

If you want to see some examples of what the game can do the following are easily findable with a quick Google:

Some Hints for Fun Play

There are no instructions about how to craft within the game, but there are a huge number of wikis and how-tos online. Find a couple of sites that seem to have all the info you need and keep the tabs open while you’re playing so that you don’t waste too much time should you forget how to craft a specific item or need a bit of info on what to do next.

Watch out for Creepers! These sneaky fellows will creep up on you (hence the name) utter a short hiss (just long enough to scare the pants off you but not long enough that you can run away) and then explode, killing you and damaging anything in the immediate vicinity.

If you do manage to kill a Creeper before they get you, they can drop experience pearls which are valuable and should be gathered without delay.

Other monsters include spiders, skeletons, zombies, witches, slimes, Endermen and endermites, and more. Each can be defeated in its own way, and learning how to do this can be a steep and thrilling learning curve!

Animals and monsters are called ‘mobs’. Not because they throng around you (although they can) but because it is short for ‘mobile’ meaning that they can move around – and even wander away altogether if you are not quick at setting out after them!