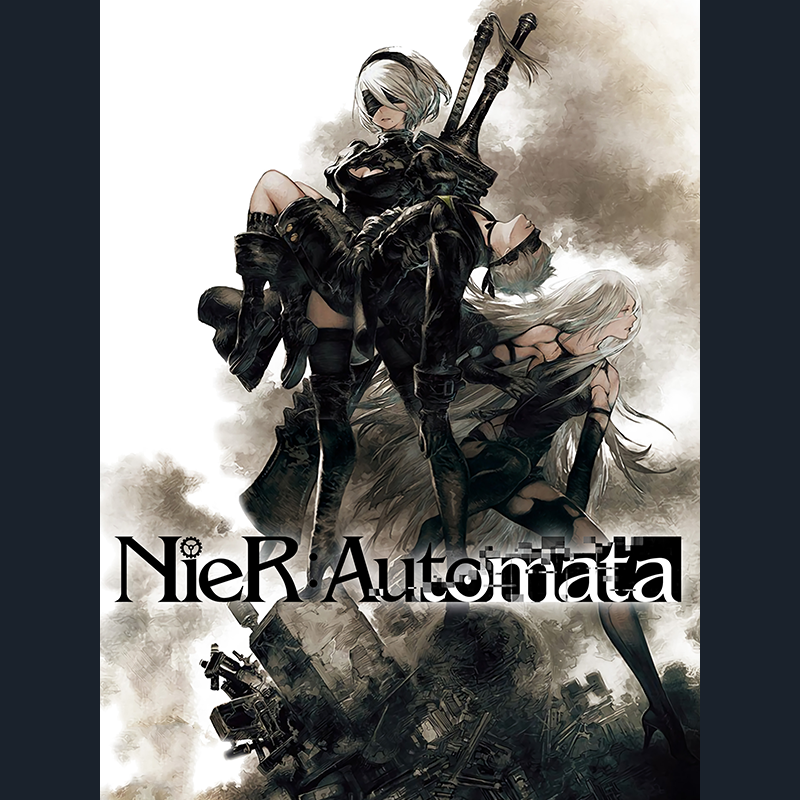 The combat android, better known as 2B (short for YoRHa No.2 Model B) has no emotions and must, like all the other androids, demonstrate their personality with their attitude, be it sassy or serious. 2B’s traits are to always be calm and composed, as can be seen from her interactions with her operator, a cheerful voice known as 6O.

Her companion is a long-range weapon/ proto-bodyguard known as Pod 042. He (it?) takes the form of a floating box, and his personality is equally square – offering no-nonsense advice and warnings. 2B is the protagonist for the opening third of the game. In this section, the two androids must make it to the Bunker, the headquarters of the resistance which comprises the last few shreds of humanity along with some androids.

The runaway android is 9S, and he takes over as the main protagonist for the central narrative of the game. He is a ‘scanner android’ and can show emotion, unlike the YoRHa androids, but still has a companion: Pod 153.

The third chapter veers between the perspectives of the two protagonists and a third android, A2 who reveals secrets about both androids that change the way they see everything!

There are many options and outcomes programmed into the game, and players have a lot of leeway when it comes to choosing what to do. Some actions can be performed even thought they result in the almost immediate death of the character, such as removing and selling 2B’s operating system chip. If you are going to try this, make sure you do it close to a save point so you will not lose too much of your time!

Some choices can make things go very badly for whichever protagonist you are playing as, but if you do not like that outcome, you can always go back and try to do things differently the second or third time around.

Fun Facts about the Game